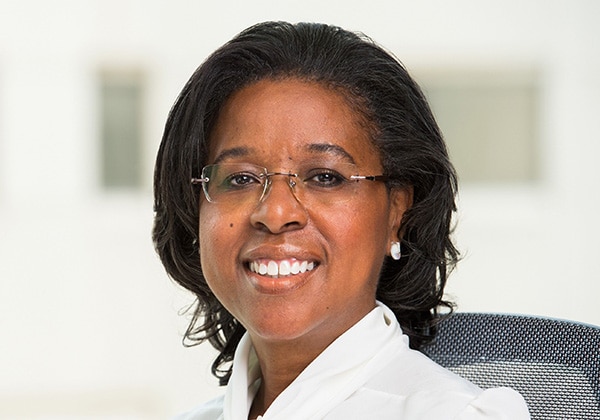 British A. Robinson is president and CEO of the Barbara Bush Foundation for Family Literacy. Robinson is a visionary thought leader and social entrepreneur with more than 20 years of experience spearheading initiatives in international and domestic health, corporate social responsibility, public-private partnerships, government relations, and advocacy and policy development.

In 2018, Robinson was selected through a national search to serve as the Barbara Bush Foundation’s first President and CEO after the passing of its founder, former first lady Barbara Bush. In this role, Robinson is infusing her vision into the reinvigoration and galvanization of the Foundation—as well as the entire field of adult literacy—serving as the leading voice in a rising national movement to help millions of Americans build lives of equal opportunity, prosperity, and dignity through literacy.

Robinson holds a master’s degree in government from Johns Hopkins University and a bachelor’s degree in public policy and business administration from George Washington University, and has received an honorary doctorate from Fairfield University. She serves on the board of the Jesuit Refugee Service/USA, and on the advisory council of the Inter-American Foundation.