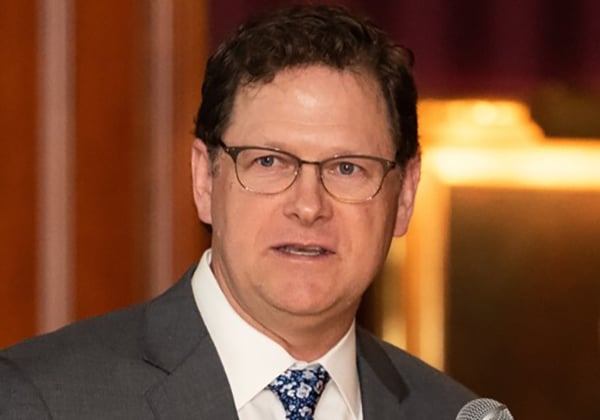 James Bogle joined the USC Marshall School of Business in 2013 as Director, Master of Business for Veterans program, and Adjunct Professor of Management and Organization bringing a background in leadership, public policy and international affairs gained through 25 years of service in the U.S. Army. As an army officer James commanded two artillery units and led troops in combat in Iraq. Later, he served on the staff of Secretary of Defense Donald Rumsfeld in the Office of European and NATO Policy. He also served at the U.S. Embassy in Paris coordinating a range of conventional and special military operations with the French Joint Staff (Etats-Major des Armées) . James completed his military career as an instructor at the U.S. Air Force Academy. He holds a Master of Business for Veterans degree and a Masters in International Relations from University of Southern California and a Bachelors degree in History from Arizona State University.

The Master of Business for Veterans degree program at the University of Southern California’s Marshall School of Business is supporting the transition of highly capable military veterans to impactful roles as business and civic leaders by providing instruction in new literacies that include technology, media, entrepreneurial, cognitive and social-emotional, thus facilitating truly transformational outcomes in strong, yet surprisingly vulnerable and underrepresented population.

USC’s Master of Business for Veteran’s (MBV) program was launched in 2013 to help military leaders transition to civilian careers by providing education in business topics to fill a skills gap between what is learned through uniformed service and what is sought by civilian employers. Now in its seventh year our experience has demonstrated that our task is not a simple as teaching accounting and finance. Instead we learned that pivoting successfully from the fully immersive career of military service to a civilian business environment requires a multifaceted effort to address the significant differences between the two. These can include technology, media, culture, communication, emotional, psychological and ethical. To the extend that literacy is the ability to interpret and evaluate the world around us, we recognize that for these highly trained and exceptionally talented men and women the world around them during military-to-civilian transition has changed. Their ability to evaluate and understand it, therefore requires an expanded curriculum that provides instruction in new literacies which are technological, financial, entrepreneurial, social-emotional and ethical. Our student population comes to us with strong professional competencies of tenacity, adaptability and mission focus. Their core values include integrity, honor and selfless service. In MBV, this first-of-its-kind graduate business program, our faculty, staff and community volunteers are passionately devoted supporting our students personal and professional growth to enable their continued agency, advocacy and contributions to their respective communities.